cost: $10 for conversation a glass of wine or cup of tea 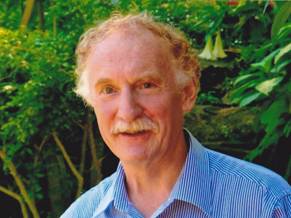 In reviewing Maurice’s second book of poems “Excalibur’s Return”, the NSW poet Stuart Rees wrote: “If stillness can be tasted, precious memories will return, such as poetry once learned by heart. If silence can be heard, a poetry in life will breathe, as in Maurice Whelan’s observation about a dawn which ‘…holds/ its perfection/ as long/ as you hold your breath’. As contrast to a hurried world, Maurice finds a treasury in stillness – Gaelic melodies wander in the twilight of his mind. His skill in crafting apparently effortless lines conceals the challenge of holding a pen and facing a blank page. ‘Sometimes/ finding the right word/ is like drilling through concrete/ with a jackhammer.’ There’s a brave frankness in such an admission but the poetry which then emerges has been conceived from the peace in silence, the reflection and recall made possible by stillness.”

Maurice grew up in Ireland and now lives and works in Sydney. He is a psychoanalyst and writer. He has published a novel and three books of poetry. He has recorded his poems, accompanying the second CD with traditional Irish music played on the Uilleann pipes and the fiddle.

Judy is a local psychotherapist and FAAWA member. She has known Maurice since their youth in London and been mentored by him since 1997 when they both found themselves working psychoanalytically in Australia.

Maurice’s poetry calls on a way of resonating with what is about to emerge, making him midwife to raw and profound experience. He bears witness to the words of William Hazlitt: “Poetry is not a branch of authorship: it is the stuff of which our life is made”. This will be at the core of our conversation about life, work and words.

Come and join us!