The Embassy of Ireland wishes to bring your attention to the message below from the Chairman of the Convention on the Irish Constitution. The Convention will shortly be considering the question as to whether to give citizens resident outside Ireland the right to vote in Presidential elections. They are eager to hear from representatives of the Irish community overseas.

In that regard, you may wish to consider making a submission to the Convention or completing the online questionnaire. Details on how to do this are given in the Chairman’s message below.

I would ask you to also bring this message to the attention of your members. I hope that many of you will take the time to contribute your views to the Convention in its consideration of this important issue.

Message from the Chairman of the Convention on the Constitution

On September 28th and 29th, a plenary meeting of the Constitutional Convention will address the subject of “giving citizens resident outside the State the right to vote in Presidential elections at Irish embassies, or otherwise”.

The Convention on the Constitution is a new venture in participative democracy in Ireland tasked with considering certain aspects of the Constitution to ensure that it is fully equipped for the 21st Century and with making recommendations to the Oireachtas on future amendments to be put to the people in referendums.

Submissions to the Convention

The Convention has already received a number of submissions on this topic via its website (www.constitution.ie) but is keen to ensure that as many Irish citizens as possible, particularly those resident outside the State, are made aware of the opportunity of making an input to the Convention’s deliberations.

All views are welcome. Every submission received is given consideration and made available to Convention members and the general public on the Convention website. Making a submission on-line is straight forward with full details available on the website. Anyone having difficulty in doing so can email the Convention Secretariat (submissions@constitution.ie) for assistance.

As part of the information gathering process in preparation for the plenary meeting, a short on-line questionnaire for completion by Irish citizens resident outside the State has been prepared with a view to giving members of the Convention a greater understanding of the issues involved. The link to the questionnaire is attached below and the deadline for receipt of completed questionnaires is 18 September.

As with all the Convention’s meetings, the plenary meeting in September will be streamed live on www.constitution.ie – starting at 9.30am on Saturday 28th and concluding with the result of the vote by the Convention at 1pm on the 29th.

I would encourage all Irish citizens living outside the State to take part in our deliberations by completing the questionnaire and making a submission to the Convention. The debate can be followed live on the website during which you can engage with the Convention via Twitter(#CCVEN).

The Convention looks forward to hearing from you. 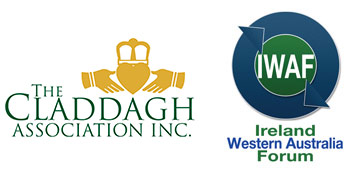